Here is the complete recording of Benjamin Freedman speaking at the Willard Hotel in 1961 about Zionism and World War 3. From the original vinyl LPs.

The original speech reportedly came out on 2 speech LP records which might be taken to be 2 hours total; a cd version from Emissary Publications was issued a decade or two ago. Maybe the original speech totla was 2h 30m but I have never seen a legitimate version longer than 2h.

- but basically like the others of that length starting from about 1h 28m it just duplicates its content. 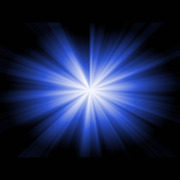 Uploaded by Staropramen on September 3, 2012